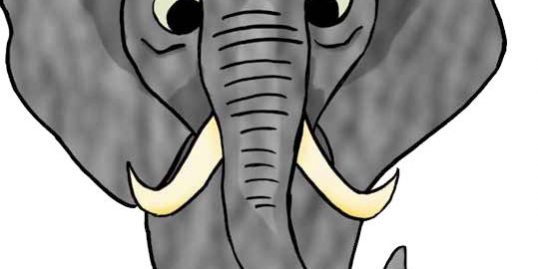 The following story is true. Names and locations have
been altered to protect privacy and avoid embarrassment to those involved …..

It was very early in the day. Rosy-fingered dawn had not yet appeared to dapple all with pearls of translucent light – particularly the condominium building known as Tottering Towers.

It was still dark as Mrs. Evadne Codpiece, lead member of the cleaning crew, made her way into the lobby of the building and was immediately disturbed by loud thumping noises from somewhere above. Being of a nervous disposition she didn’t know quite what to do but summoned up the nerve to try and check on the situation.

Ignoring the elevator, she took the stairs and proceeded slowly upward until she perceived that the ominous thumping noises seemed to be coming from the third floor. They seemed to come and go, what on earth could it be? Some sort of gang fight? A drugs war perhaps? An impromptu meeting of the provincial cabinet? But wait, it did not sound much like a group of people milling about, it was more like something large and hairy from the underworld had got loose and was thundering up and down the corridor looking for victims.

At that point, the poor lady lost it and galloped downstairs and called the property manager, one Agnes O’Weary who being of much sterner stuff broke through Evadne’s hysterical cries of, “there’s a monster in the building help me” and decided to go and see for herself.

Upon arrival at the building, Agnes heard the noise, failed to identify it, and prudently called the police. Instead of simply waiting for them to arrive, she thought that a quick
peek at the situation might be a good idea and gallantly took the elevator to the third floor. When the elevator door opened, she nervously and very carefully eased one eye around the corner and there, gallumping down the corridor towards her was a very anxious, very large, baby elephant!

Now, the word baby, as it is applied to elephants, is something of a misnomer. Elephants of any age are rather large and a baby one is at least waist height. When it is
approaching you at a good rate of knots, it helps if you are wearing brown pants.

Somehow, Agnes had allowed her arm to protrude from the comfort of the elevator and seeing this, the young and no doubt frightened pachyderm slowed down and wrapped its trunk around the errant arm in a mute but understandable plea for assistance..

There was only one possible way out of this and Agnes took it. She moved slowly back into the elevator with the elephant firmly attached and descended to the ground floor. The looks on the faces of the assembled police persons was a treat in itself. As one was heard to remark a little later, “I’ve been in this job all my life. I’ve seen many things, but nothing remotely like this, and I’ll remember it until the day I die”.

The poor animal, free from the locked-in confines of the third floor corridor was now quite calm and forming a friendly relationship with his rescuer. Soon afterwards, arrangements were made for temporary custody for the animal at a well-known game farm and enquiries commenced into the incident.

It turned out that on the third floor lived a nice man who was divorced and only saw his young son on mandated occasions. This nice man had an equally nice younger brother who worked with a travelling circus, which by curious coincidence, was in the area at the time.

The younger man was fond of his little nephew and no doubt, after some liquid refreshment at the end of a busy day, had thought how nice it would be to introduce said
nephew to a new baby elephant that had been born a few weeks earlier. The cunning plan was to ‘borrow’ the elephant, take it over to his brother’s condo suite and keep it there overnight so that his nephew could meet it when he came over the following morning. At the end of the day, it could be quietly returned to its mother at the circus. What could possibly go wrong?

Sadly, during the early hours our little elephant had, no doubt by manipulation of its wonderful trunk, managed to exit the suite into the corridor and had become rather disturbed and discombobulated at not being able to exit the building.

Needless to say, some charges were laid (disturbing the peace, etc.) and fines levied but in due course, the elephant was returned to its distraught mother and all was well.

Amazingly, no other residents reported any disturbance, with the exception of an elderly couple who on the following day, were heard to complain about undue noise during the night, blaming unruly late-night parties which were surely against the by-laws.

The incident speaks very well of the soundproofing of suites at Tottering Towers, though I am quite sure that the board has made changes to its pet by-laws by adding:

This Article Was Originally Published in CCI’s Spring 2015 Magazine