The Value Added by Mediation in Condominiums 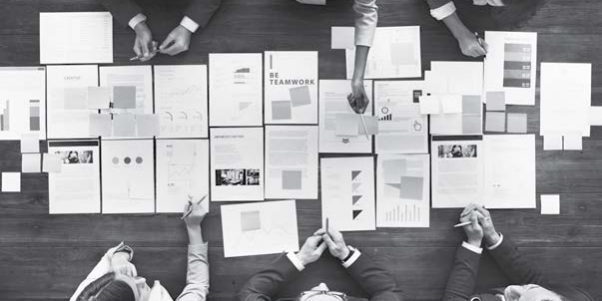 Mediation in the Condominium Context

When condo owners have a dispute or difference the optimal result is for them to sit down together and sort out the problem. Perhaps they have read the bestselling book about negotiation, Getting to Yes, by Fisher and Ury. Following its recommendations, they will listen respectfully to each other to gain an appreciation of everyone’s needs and concerns and then craft a mutually advantageous solution, after brainstorming some creative ideas.

Unfortunately such a happy turn of events does not occur as often as we would like. “Human nature” seems to get in the way of constructive conflict resolution. Social scientists have revealed some common thought processes that block our efforts to resolve disputes – I will call these “conflict conundrums”. Conflict resolution professionals have used this knowledge of conflict conundrums to design processes and techniques that surmount these typical obstacles to dealing successfully with conflict.

In this short essay I will describe some of the human barriers to efficient conflict resolution and how the mediation process, conducted by a skilled mediator, can help to achieve the goal of informal, effective solutions for the benefit of condominium.

Psychologists and social psychologists have discovered common patterns of thought that adversely affect the way we respond to conflict in modern society. Such ways of thinking may have been valuable adaptations to earlier environments, but are counter-productive now. These conflict conundrums are not signs of mental illness; they affect most of us when we face stressful conflicts in our lives.

Conflict theorists and practitioners, in turn, have used this knowledge to design processes and interventions that help reduce the influence of these conflict conundrums. Mediation is one such process.

We all have a deep need to understand why others act the way they do. This helps us navigate the twists and turns of social life by making it easier to predict how people will behave when we interact with them.

However, research has revealed a common and serious flaw in our thinking about other people’s motivations; this trait has been labeled the “attribution fallacy”. The fallacy consists in ascribing (attributing) bad intentions to others more often than we should given the evidence we have about the states of their minds. (It also works in reverse – we usually ascribe good motives to our own actions.)

Here is an example of the fallacy at work. If we believe we have been harmed by someone there are at least four explanations we can adopt for their behavior: unintentional (accident); habitual (character or personality); intentional (self interest); and intentional (malice). The fallacy results in us attributing malice to others more readily than the other possible motivations.

The attribution fallacy makes conflict resolution directly between the affected parties very difficult. If one assumes both sides are operating under the fallacy then trust between them is probably non-existent, and this impacts all avenues of resolution beginning with communication.

Here is how mediation deals with this problem. A skilled mediator will facilitate thorough exploration of all parties’ needs and concerns in a joint meeting, a step which is designed to reveal the motivations they bring to the dispute. Although mediation is future-focused, it allows some examination of the past in order to correct mistaken impressions such as those due to the attribution fallacy. By encouraging the parties to reveal their motivations and by sometimes rephrasing them, so they are really heard by the other side, the mediator helps disputants regain some trust in each other, open communication lines, and then deal with the problem more constructively.

“Reactive devaluation” is the term researchers have used to describe another common human failing when dealing with conflict. It happens when one side makes an offer of compromise or settlement. Our normal thought processes then find fault with (“devalue”) the proposal, although it may be worthy of serious consideration. The result may be rejection of a reasonable offer.

It is easy to see how reactive devaluation may be tied to the attribution fallacy. If you believe the other party is acting out of malice, then you may conclude any offer they make must be a trap to be avoided.

Mediators recognize the importance of getting all parties to a dispute to consider their alternatives if they cannot reach an agreed solution. Thus, mediators encourage each disputant to clearly define their “BATNA” (Best Alternative to a Negotiated Agreement) – what they can achieve without the cooperation of the other side. Then, if an offer is made that compares favorably to a person’s BATNA, that party is more likely to take it seriously and not dismiss it out of hand due to reactive devaluation.

Mediators work with each party, usually in private session, to help them clarify their BATNA and weigh offers in the light of their alternatives. In this confidential, private setting, mediators are able to forestall reactive devaluation that can lead to premature termination of efforts to resolve a dispute.

One of the best ways to settle a dispute is for the parties to treat the contentious issues as a mutual problem to be solved through collaboration. This problem solving approach is at the heart of the theory of “principled” or “interest based” negotiation described in Getting to Yes. In practice it can yield creative, satisfying solutions.

A key step in interest based negotiation is appreciating the needs and concerns of the other party – being able to “stand in their shoes”. Another name for that crucial step is “perspective taking”, and research has shown it is difficult for people to accomplish unaided.

Mediation provides a supportive framework for interest based negotiation guided by a problem solving approach. A mediator encourages disputants to try to understand the conflict from the perspective of the other side. This may be done by asking one party to paraphrase what they have heard said by the other. On occasion the mediator may ask the parties to engage in “reciprocal role playing” in which they are asked to say what they would have done, or would do in the future, if they were in the other party’s place. Or, a mediator might suggest that disputants “stand in each other’s shoes” by looking or listening from the other side of the wall, fence, floor or hedge in question, and then bring that experience back to the table.

The intent and effect of these mediation techniques is to assist parties in perspective taking and in so doing to discover solutions that meet everyone’s needs.

Mediation conducted by a skilled practitioner is an effective intervention in disputes that can fester and grow because of common human failings that obstruct direct informal settlement.

The benefits of skilled mediation are not restricted to differences amongst owners, but can be realized in disputes between owners and boards, boards and developers, and just about any combination of such parties. The human factors that get in the way of constructive responses to conflict are the same in every interaction.

Mediation thus adds value to condominium by helping to resolve disputes that might otherwise become prolonged, acrimonious and expensive without such intervention.