The Long and Winding Road: Advocacy for Alberta’s Condominium Community 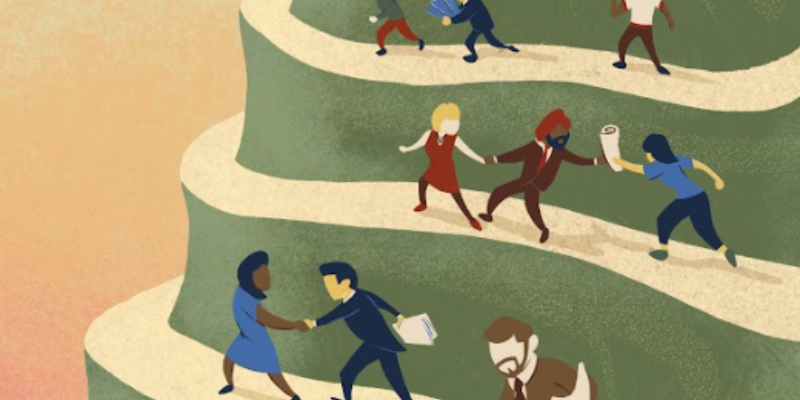 The Long and Winding Road: Advocacy for Alberta’s Condominium Community

It has been a very busy few years in Alberta’s condominium landscape, and it is showing no signs of slowing any time soon. CCI North Alberta is committed to continuing to advocate for our members and share some tips that will hopefully help you as condominium owners.

Condominiums have their own legislation which is distinct from other kinds of housing. People who do not have experience living condo life or serving on a condo board don’t always have a good handle on the unique nature of how condominiums are regulated and how that affects condo life. As a stakeholder organization, we help to raise the condo IQ of both our members and members of the public, including elected officials and policy decision makers.

In Alberta, we have seen a lot of changes to condominium legislation in the past 5 years. We have seen the introduction of a number of measures meant to address insurance pressure in the condominium market including Standard Insurable Unit Descriptions (SIUDs), deductible chargebacks and Best Terms Pricing. Considering the pandemic, condominium corporations were given additional responsibilities around holding virtual, telephonic, and hybrid AGMs.

It is important for condominium stakeholders like CCI to be at the table when legislation is being amended. Our members have lived experience, industry expertise, and legal insights that are specialized in condominium.

Our chapter has historically been quite active in this area. In the late 1990s we participated in the 2000 revision of the Condominium Property Act. This was a significant modernization of the Act and had big implications for condominium owners, corporations, and service providers.

In 2013 the provincial government opened the Act again, with significant changes that were not overly helpful in addressing complex issues like chargebacks, voting, and clarity around reserve fund studies. CCI North Alberta took a strong stance against the introduction of Bill 9, Condominium Property Amendment Act, that was viewed as problematic by condominium community members. We worked with the Wildrose and NDP opposition to propose 14 amendments to it. One amendment actually was approved on the floor of the Legislature, a rarity in Alberta politics. CCI North Alberta was front and center in the opposition to the Act changes, including the lead story on most major news networks. This was a victory for condominium dwellers but strained the chapter’s relationship with the governing Progressive Conservative Party. It was an important lesson for us as a chapter – while going to bat to get amendments introduced was important given the many problems with the proposed legislation, it would have been helpful for us to be consulted well before any changes even made it to the Legislature for debate.

In 2019, Alberta again elected a new provincial government. One of the first things the UCP government did was pause some of the changes the NDP had proposed to condominium regulations and start a new round of public consultation. CCI North Alberta was again at the table to keep the perspective of our members front and center for government. Our efforts alongside direct advocacy from condo owners helped get some changes to the proposed regulations that would save time and money for both condominium owners and corporations, such as changes to AGM notice and package requirements.

During this whole period, we were also working on another big project: the path to condominium management licensing. We are now at the implementation stage of licensing, and if anything, the advocacy work has become more complex as we see how licensing is unfolding and what the condominium community needs the Real Estate Council of Alberta (RECA) to focus on to ensure this process is successful.

CCI North Alberta’s advocacy is non-partisan. We do not ally with any political party, but instead work to build respectful, productive relationships with elected officials of all political stripes. We also work to build bridges and relationships with staff in the civil service and at the regulator responsible for condominium management to ensure that we can bring the concerns of our members forward.

How does advocacy work?

When working with the government to push for a change in their perspective, it’s crucial to be well-researched. For our chapter, that means we need a group of experts to lean on to help formulate positions and have a researched and well thought out position. When it comes to condominium, this involves everything from understanding the Condominium Property Act and relevant case law to building operations to insurance issues to board and owner perspectives. Gathering this information involves a lot of hard work and leaning into established relationships in the industry. Being a national organization is a significant advantage for us when it comes to research as it means we have access to cross jurisdictional information and insights and advice from other provinces. We share updates with our members through this magazine, through our document library, and on social media, both to keep you up to date on our work and to help with your own research and knowledge.

We also invest a lot of energy into research on what our own members think. We gather this input through surveys, conversations, events, and again by leaning into relationships in the community. For example, to support and inform our advocacy on insurance, we

Being able to get the right voices and information to inform our perspective is only half the battle. You also need decision makers who will listen when it comes time to tell them where you stand and what you would like them to do about it.  We build relationships with decision makers in a number of ways, but what it boils down to is making time for a lot of conversations and meetings and making sure elected officials and staff don’t feel like they only see us when there is a problem. We work to maintain open, two-way communication. We also try to find ways to help them solve problems from their end. We have a lot of issues we want them to address, but it helps us be seen as a valuable partner when we can step up and assist as well.

We also build relationships with other condominium stakeholder organizations. There is strength in numbers, and in having a unified voice. CCI North Alberta and CCI South Alberta work closely together on advocacy priorities, often taking the time to put together joint submissions to the government and to the regulator that now licenses condominium management. Collaboration of this nature also takes time. We have to be able to engage in dialogue and come to consensus on complex and sometimes contentious issues. This is particularly true in an organization like CCI, where we have the perspectives of owners, boards, managers, lawyers, and other businesses and  industry stakeholders that support condominiums at the table.

This is as true in condominium corporations as it is when you are working with the government. Having productive relationships with other owners, board members, and between members of the board makes it easier to work together to solve problems.

It is critical to be ready and responsive to media and government inquiries on a myriad of issues and develop quick messaging to get into news cycles and assist the government formulate their own position. Being responsive helps to forge those quick connections, which builds partnerships be it with the media or the government. This involves a really big investment of time, as well clear lines of communication inside of the chapter.  Volunteers on the government advocacy committee often have to make time on short notice to come to a decision on big issues: things like our feedback on what an Alberta condo dispute resolution tribunal should look like for example.

4. Celebrating Your Wins (without giving up on momentum)

Advocacy is a slow march to progress, with a lot of effort and curves on the way to success. When we achieve something, even if it’s only part of the puzzle, it’s important to take some time to celebrate and share our good news back to our members. For example, we are very pleased to see the changes in Bill 19 that clarify voting and chargebacks, but we still have more work to do to get the provincial government to implement an effective condominium dispute resolution tribunal. Celebrating success can take many forms – a press release, emailed thank yous, sometimes a gathering to toast the hard-working individuals who built research papers and attended meetings behind the scenes. Seeing the impact of this work helps us stay motivated to keep building our capacity and relationships.

Ways to support advocacy
None of this advocacy can happen without the support and active engagement of members of the condominium community.

Our chapter’s advocacy is built on the support and engagement of its members. We also know that condominium owners often do their own advocacy as active citizens in a democracy. We hope this article has helped shed some light on what goes on at CCI North Alberta behind the scenes, as well as some tips that you can bring into your own volunteering on behalf of not only your condo, but whatever causes you advocate for.