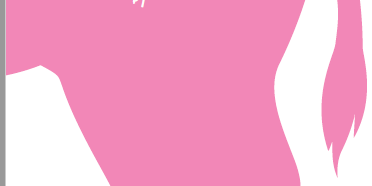 The following story is true. Names and locations have been altered to protect privacy and avoid embarrassment to those involved …

It is usually only when a problem arises, or something goes badly amiss that many condo boards and owners start paying serious attention to their by-laws. Disputes between boards and irate residents who discover that installing a hot tub on their 3rd floor balcony without first checking with the by-laws or the board is a total no-no, are not that uncommon and usually end in expensive tears for the unfortunate resident.

The subject of by-laws came up in a pleasant chat I was having on her patio with my old friend, retired Property Manager Agnes O’Weary. It was a fine day and the inevitable cooking sherry was flowing freely. “Why is that subject so problematic?” I asked.

“The best example I can give you,” Agnes replied, “is best illustrated by something that happened many years ago, when I was fairly new in the business”.

The story revolved around an older low-rise building which had been converted from a rental apartment structure to a condominium. The conversion had been very well done and the owners were quite happy.

However, in due course a number of residents became somewhat disturbed during the nights and complained of strange loud noises which to some, sounded extremely odd, rather as though there was some kind of monster lurking somewhere in the building. Needless to say, no one actually got up out of bed and went looking – after all, it wasn’t every night.

The sensible thing of course, was to call the Property Manager and ask that the matter be investigated. Agnes did drop in, have a good look around, but could find nothing. Complaints continued to come in every few days until Agnes got a call on her emergency line in the middle of the night and a plea to come and check it out NOW – it seems the noise was getting to be just too much.

Unsurprisingly, Agnes was not that keen on going over to the building in the middle of the night by herself so she called her boss and after some heated discussion, he agreed to meet her out in front of the building and the two of them would investigate together.

She was also a little concerned about being on her own due to the fact that some residents had become a little nervous about a resident on the second floor who seemed rather intimidating. He was a large young man with an affinity for prolific tattoos, a surly manner and a collection of metal appendages through lips, nose and ears and in particular, a massive safety-pin through one cheek. The sort in fact, who could not possibly be mistaken for a professor of comparative literature. He also seemed to
have rather a lot of visitors, most of whom did not stay for more than a few minutes and were mostly of what appeared to be a sullen disposition.

Even the most unworldly resident was of the opinion that he was likely dealing in drugs and although the local police had been made aware, he never was at home when the nice police persons would pop round.

So, Agnes and her boss met at the front of the building and decided to go round the back and enter from there. Immediately, strange noises were heard, noises of a rather disturbing nature, a sort of braying sound. Gingerly, the two of them cautiously ascended the stairs to the second floor – and got the shock of their lives.

There, at the other end of the corridor, sitting comfortably on a step, its hind legs on the floor, was a donkey! The only thing missing from this picture was a mug of tea and a newspaper! The visitors were stunned.

The donkey greeted them with a braying noise and attempted to get to its feet, prepared to attack.

Our intrepid pair immediately reversed frantically out of the building and figuring this was a matter for the police, dashed to a phone box on the corner (this was before cell phones were the normal thing) and contacted the local police station.

The duty officer thought it was hilarious and between laughing, suggested they tempt the creature out with sugar lumps. Where does one obtain sugar at what was now 4.30 in the morning?

Fortunately, the boss was a tea drinker and knew he had a few packets in his car for emergencies. He went and got them and the two intrepid explorers returned to the second floor with hands full of sugar. The donkey obligingly took the bait, but by the time they got to the head of the stairs, they had run out of sugar, and retired outside to consider options.

In the meantime, the police had arrived on scene and seeing their car, Agnes knew their problems could be over. In those days, the one thing you could be sure of finding in police hands in the middle of the nights was, doughnuts!

These were promptly commandeered and administered to the donkey in pieces while moving back down the stairs and out the front. Tim’s best had done the job and from the donkey’s point of view, the ones with the pink frosting on were the favourite.

The donkey was, of course, a guard donkey kept in the suite during the day and evening, but let out into the hallways during the night. In due course, it was sent to the zoo where it led a pleasant life. The drug dealer and owner was not quite so fortunate. He had not heard the commotion due to the headphones he was wearing and the police found more than sufficient evidence of dealing for him to be arrested. The suite’s second bedroom had to be completely stripped out right to the studs and all traces of donkey evacuations removed before it could be refurbished.

But why, one may ask, have a guard donkey? Well, he thought he was being quite smart. Feeling he needed protection in his dealing, he thoroughly read the condo by-laws and learned that small dogs had to be leashed when in the common areas, no exotic pets were allowed such as flamingos, monkeys, snakes, wildebeest and pot-bellied pigs. But, they didn’t say anything at all about donkeys!

Read and digest your by-laws!