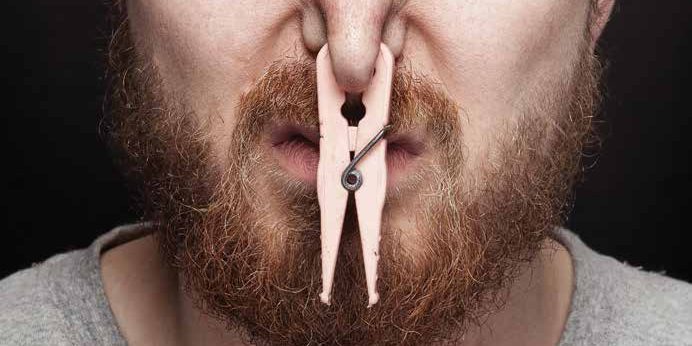 Since recreational cannabis was legalized throughout Canada this fall, engineers are increasingly being asked how to resolve unintended odour transfer in condominiums. Leading up to October 17th, 2018, there seemed to be much concern and confusion with Boards of Directors scrambling to institute rules or by-laws in order to limit or manage the use of cannabis in their communities. Ultimately that concern may have been similar to Y2K, given that people were already smoking in their units before cannabis legalization, and have continued to do so thereafter.

Although the smell of cannabis is the current concern, countless odours move unwanted through a building. Building staff and professionals alike can learn to understand the principles of odour movement and how to best investigate them. This article does not cover the cause of every odour transfer issue, but it does lay out a logical sequence of steps to properly diagnose what might be facilitating odour movement within your condominium.

Odours consist of molecules that float and are carried by air movement. Outdoors, air (and the odours it carries) is moved by the wind – the neighborhood BBQ smells great downwind. In buildings or occupied spaces, however, air moves from high pressure areas to low pressure areas.

The movement of air in high-rise buildings is affected by man-made mechanical systems, building envelope openings, and seasonal effects, including:

In common high-rise ventilation, fresh air is provided to the units by way of the rooftop make-up air unit pumping air to the corridors, which then feed the units through a passive vent near the door or in openings around the door. This make-up air creates a high-pressure zone in the corridor preventing smells from the lower pressure units from entering the corridors.

This pattern of high and low pressure can break down if the building-wide ventilation systems are compromised or operating poorly.  Problems could include:

If building wide systems are off-kilter, no unit specific approach will be able to fully address an odour transfer issue.

After confirming that air is getting into the corridors properly, it is necessary to ensure it has unobstructed access to the unit. Typically, air is brought into the unit through openings around the doors, or passive wall vents adjacent to the doors. Air is then exhausted through fans in the kitchen and the bathrooms:

These unit specific components can fail, become obstructed, or be used in ways that compromise the air flow and design pressurization thus allowing air and odours to move in unplanned directions.

In townhouse units, and specialty high-rises, units may get their fresh air, not from a common Make-Up Air unit, but from a dedicated Heat or Energy Recovery Ventilator (HRV/ERV).  As in the case of the make-up air unit, if the HRV/ERV is not functioning properly, the unit’s pressurization will not meet design levels, probably creating unexpected air pathways and odour transfers.

After possible building-wide and unit-specific air flow problems have been eliminated or resolved, investigators should then begin to look for defects or deficiencies in the separations between units. Units are typically compartmentalized. When a penetration, such as a pipe, pierces this compartmentalization, we expect it to be properly sealed. When compartmentalization is compromised, the possibility of odour transfer increases.

Many possible pathways and causes of odour transfer exist. Rather than aimlessly making holes in walls before the source of the problem is accurately identified, investigators should identify problem areas using a fog test. Investigators perform a fog test to recreate the odour transfer path (visible fog will behave like invisible odours and move with the air flow). Blower doors may be used to depressurize specific areas to promote fog transfer.

By depressurizing the areas where the smells are reported and creating a detectible fog in the suspected source area, investigators can identify trouble spots by visually tracking the fog transfer. The most common trouble areas are:

Only after fog testing has confirmed suspected areas of failed compartmentalization should holes in drywall be made to locate and correct deficiencies. To yield the best result, investigators should make exploratory openings that are:

Sufficiently large to identify any deficiency Limited in number

It is important to remember that some openings may not yield obvious results. At the exploratory openings step, it may be determined that a single or multiple compartmentalization failures are causing odour transfer. Once the defect has been identified, sealing solutions are usually straightforward:

Resolving odour transfer is an iterative process. At every step in the investigative process, odour reports should be reviewed and reconfirmed, because the initial steps may resolve the problem sufficiently, rendering subsequent steps and costs unnecessary.

In short, a methodical investigative process empowers building staff and professionals to deal with the perennial problem of odour transfer. Now go find out who cut the cheese!