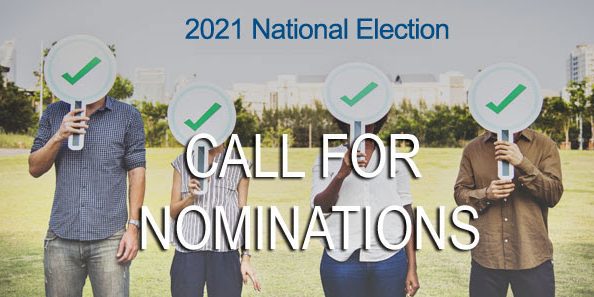 Attention All CCI Members: CCI National is seeking volunteers who have shown a dedication and commitment to the success of CCI, and have the desire to take a national leadership role within the Canadian Condominium Institute.

The deadline for nominations is Friday, September 10th, 8:00 pm CST.

The Nominations Committee will meet after the deadline to review the nominations. All members who have submitted a nomination form will be notified by late September and may be requested to participate in an individual Zoom interview. Those who are successful will be asked to submit a short biography, photo, and a video promo for circulation to the members to vote electronically before the CCI-N AGM.

In accordance with current National Bylaw, the Nominations Committee may develop a proposed slate and recommend that the proposed slate be presented for approval or rejection by the members at the Annual General Meeting.